A fashionable time, tablets no longer interest manufacturers today. Apple, which represents more than 70% of sales today, is not tickled by many people except for Samsung. Second with 16% of the market, the Korean manufacturer continues to renew its Galaxy Tabs and tries to seduce people allergic to the Californian ecosystem.

Often held in one hand, a tablet should be light and thin enough not to tire your arm. Samsung is doing perfectly here. The Galaxy Tab S5e is extremely pleasant to use. It weighs only 402 grams (against 456 g for the iPad Air) and is only 5.5 mm thick (6.1 mm at Apple). In short, in hand, the Galaxy Tab S5e is so light that we almost forget that we are holding it. It is a faultless.

Another advantage of the Galaxy Tab S5e is its screen. In addition to being edge to edge, the latter is of AMOLED technology, which gives it an immense advantage over the competition which uses LCD technology. Result, the contrast is infinite and using the tablet at night does not tire the eyes. We strongly recommend that you activate the dark theme of One UI, the overlay of Samsung.

At a diagonal of 10.5 inches, the screen of the Galaxy Tab S5e offers a rather satisfactory quality. Our laboratory measured a maximum brightness of 439 cd / m2, quite good without achieving the results offered by high-end tablets from Samsung and Apple. Unless you use your tablet on the beach this summer, the probability that its brightness is too low remains very low. The fidelity of the displayed colors is rather disappointing by default (Delta E measured of 5.6) but can greatly improve by choosing the preset basic in the display settings. We then obtain a Delta E of 2.78, not far from excellence.

We appreciate the 16: 9 ratio of the screen of the Galaxy Tab S5e. Elongated, it adapts particularly well to multimedia content and is therefore more practical than the 4: 3 of the iPad Air.

On the back, the Galaxy Tab S5e is covered with an aluminum not really elegant. The 13 MP camera is located at the top left in a square block straight out of the early 2010s. We will avoid turning the tablet too often.

On the right edge of the Galaxy Tab S5e, there is a fingerprint sensor. Unfortunately, the bad location of the latter makes it practically unusable without having to twist his hand. It’s a shame, especially since you sometimes have to wait 3 to 4 seconds between the moment you put your finger and the screen turns on. Facial recognition is also offered but is also a bit too slow. In short, nothing beats the good old code.

Great absent from the Galaxy Tab S5e, the jack. Samsung may include a free adapter in the box, but we can not help but challenge its decision to have kept only a USB Type-C port. We will console ourselves by listening to music on the four external speakers AKG of the device, of excellent quality.

Incompatible with the S-Pen stylus (certainly reserved for the future Tab S5), the tablet still retains its compatibility with physical keyboards thanks to a magnetic connector.

If Android is excellent on smartphones, it would be wrong to say that Google has completely completed its system on tablets. Very often, the device is content to take the smartphone version of an application and enlarge it without exploiting the larger surface offered by the tablet. This does not make the application unusable but still spoils the interest of having a giant screen. Huge areas remain blank on the screen.

Despite all the efforts of Samsung to adapt its One UI overlay to the 10.5 inch screen of the tablet, the Korean does not succeed in doing miracles. Android tablet version remains Android tablet version, which places the Galaxy Tab S5e ecosystem light years away from that of the iPad Air. Fortunately, the tablet enjoys excellent performance thanks to its Snapdragon 670 processor and 4 GB of RAM, which makes the browsing experience very fluid. Only a few too complex uses, such as DeX mode (which allows you to display several applications simultaneously in the form of windows) can cause the device to crash.

With its 7040 mAh battery, the Galaxy Tab S5e has what many smartphones dream of. Obviously, who says big screen also says greater energy consumption …

According to measurements from our laboratory, the Galaxy Tab S5e has one of the best autonomy on the market for a tablet, ahead of the iPad Air. The device withstood 12:17 to our versatile autonomy review (9:57 for the iPad Air) and 10:05 in video streaming (10:07 at Apple). In short, you will not need to recharge it every night.

As an indication, it takes a little more than 3:20 to fully charge the Galaxy Tab S5e. Almost 1h20 is necessary to recover 50% of the autonomy. 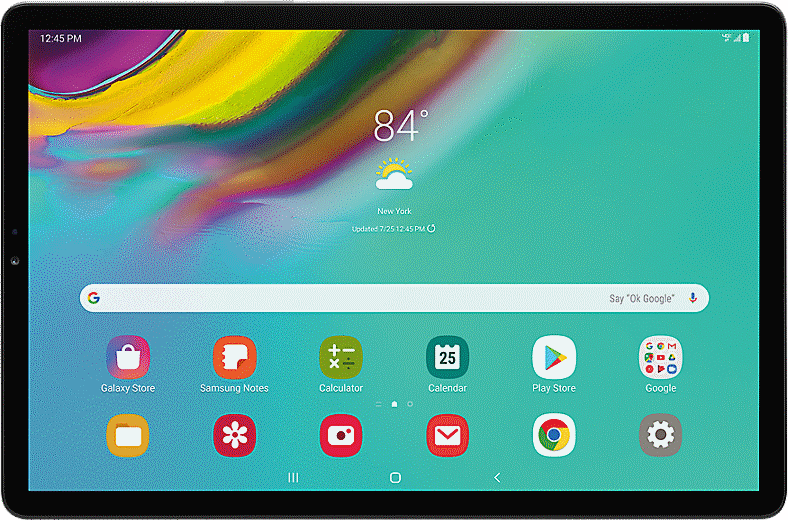 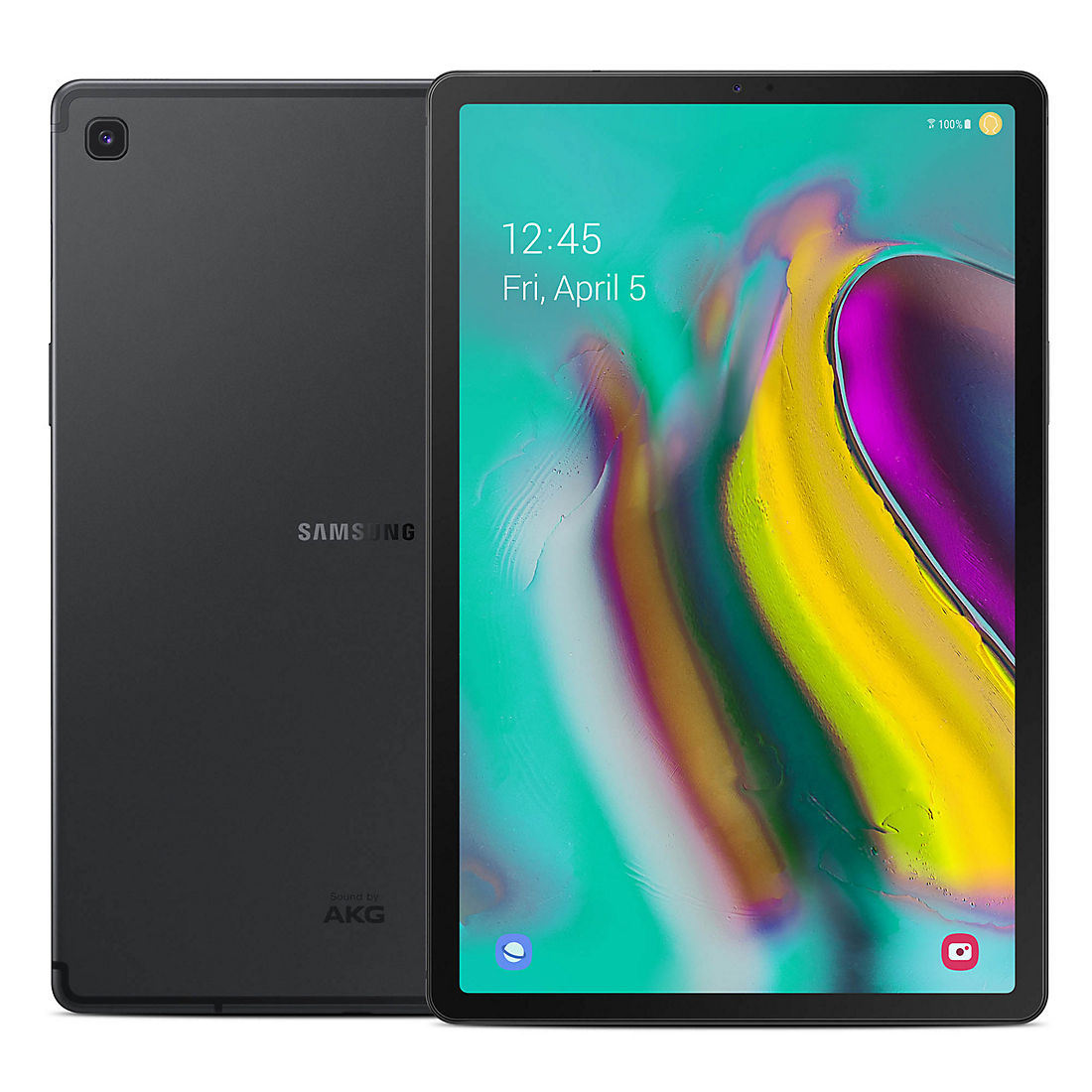