With its Galaxy Tab S3, Samsung intends to walk on Apple’s borders by competing with the iPad Pro 9.7 inches. Indeed, the two devices have several points in common: the same 4/3 format, the same screen size, with an identical definition, a powerful processor and the presence of four speakers. Is the Galaxy Tab S3 doing well? This is what we will see.

The design of this new Galaxy is sober and elegant with a metal case whose back is covered with a glass plate. Compared to the Galaxy Tab S2, the dimensions are similar but the S3 is a little heavier: 426 g instead of 389 g.

Samsung takes advantage of the acquisition of the audio manufacturer Harman and places in its tablet four speakers designed by AKG, a subsidiary of Harman.

This configuration provides good quality sound, despite a blatant lack of bass, and a satisfactory stereo rendering regardless of the orientation of the tablet. However, we have found that the sound is richer in the horizontal position than in the vertical position, probably due to the location of the speaker grilles.

On the connection side, there is a USB Type-C port that provides battery charging and data transfer.

The tablet accepts USB Type-C keys provided that it activates MTP (Media Transfer Protocol) mode in the USB options. Samsung has perfectly sized the 6000 mAh battery to meet the needs of the high definition screen and the Snapdragon 820 processor. The endurance is excellent with a measured autonomy of 10 h 24 min in versatile use (1 h 30 more than Galaxy Tab S2) and 14 h 52 min in video playback.

The screen is superb

The 9.7 inch screen is a success with superb colors, a significant brightness of 506 cd / m² and an infinite contrast ratio thanks to the Super AMOLED technology. The display resolution is high (2048 x 1536 pixels) but remains the same as that of the Galaxy Tab S2, and that of the iPad Pro 9.7 inches.

The Galaxy Tab S3 is one of the few tablets to accept playback of HDR videos, even if for the moment the content sources are limited (YouTube, Amazon Prime Video). We reviewed it with the HDR YouTube channel and found an improvement in the image, even if it is not obvious. Contrast and brightness are improved, dark areas better visible and bright areas more detailed. Only downside, the 4/3 format of the tablet is less suitable than the 16/9 format for videos.

The great novelty of the Samsung tablet is the standard presence of the S Pen. The latter does not require pairing or charging (it does not have a battery). With a fine tip 0.7 mm thick, it offers 4096 levels of sensitivity. It can be used instead of the finger to control the Galaxy Tab S3, but Samsung offers above all, to fully exploit the functions of this stylus, the Samsung Notes app for taking notes and drawing.

The app gives you the choice between several colors and several types of pens and brushes. It turns out to be very pleasant to use and will be appreciated by creative people and aspiring designers.

Power under the hood

As the engine of its tablet, Samsung implements a Snapdragon 820 processor and 4 GB of RAM. Storage is provided by 32 GB of internal memory, including 24 GB available to the user, expandable by the addition of a microSD card. The Galaxy Tab S3 proves to be responsive and offers smooth navigation in the interface of Android 7 Nougat. The AnTuTu review performance, overall score is 32% higher than the Galaxy Tab S2 and 3D score 43%. We were able to play without problems and without jerking to titles such as Asphalt Xtreme.

Finally, the Galaxy Tab S3 has 5 megapixel photo sensors on the front and 13 megapixel on the rear. The latter is capable of generating snapshots of 4128 x 3096 pixels, as well as UHD videos (3840 x 2160 pixels). Note that video stabilization is not available in UHD and that you have to stay in 1080p to benefit from it. Outside, the photos are of good quality, but lack a little precision.

Indoors, the tablet is doing quite well, even when the light is lacking. We regret, however, a development that lacks uniformity and a slightly too pronounced smoothing. As much as the Tab S3 outperforms the iPad Pro 9.7 in endurance, the latter, in photos, retains its dominant position. In 1080p, videos are fluid but suffer from the same problem of precision as photos. On the other hand, the image proves to be very detailed when filming in UHD, while retaining good fluidity. 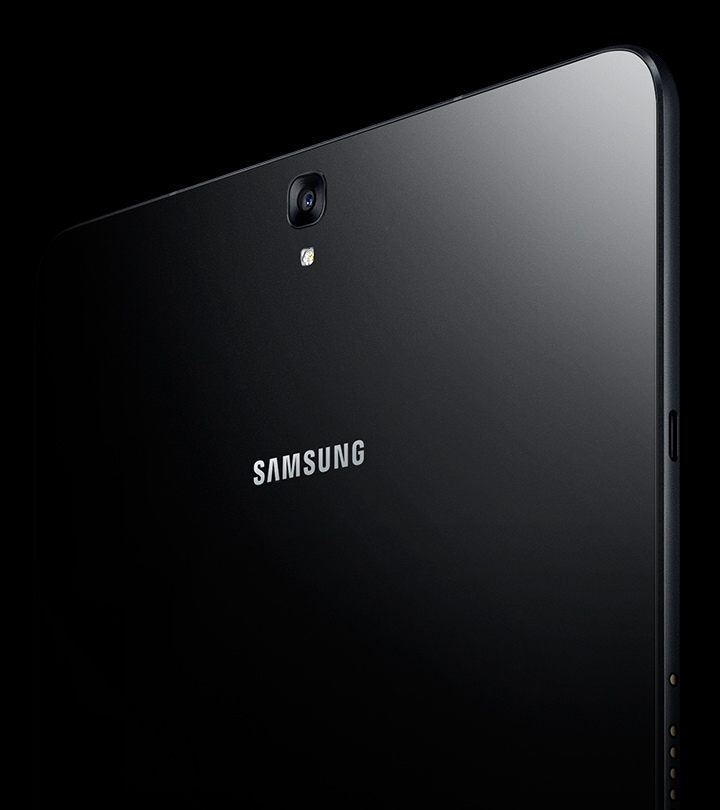 How to Reset Network Settings on SAMSUNG Galaxy Tab S3