Already recognized in the field of smartphones, the Chinese manufacturer Huawei intends to come and walk once again on the platforms of Apple and Samsung by offering a high-end 8.4-inch tablet for an attractive price. The MediaPad M3 is available in Wi-Fi (349 euros) and Wi-Fi / 4G (399 euros) versions. Its design is really neat with an aluminum back and curvaceous lines.

At the front, there is the presence of a physical home button which is distinguished by its sensitive technology and acts as a fingerprint reader. Taking fingerprints takes a little time because you have to move your finger several times on the sensor, but then recognition is really quick to unlock the device.

On the top and bottom sides, small grids reveal the location of Harman / Kardon speakers, which deliver stereo sound when the tablet is in landscape mode. We were pleasantly surprised by the good quality of the rendering, with even some bass, which is rather rare on a tablet, which is more of this size.

Four million pixels on the screen

For the 8.4 inch screen in 16/10 format, Huawei uses IPS technology (In Plane Switching) which offers comfortable viewing angles. But we were especially amazed by the definition of 2560 x 1600 pixels, for an excellent resolution of 359 ppi. Note also the very high contrast ratio of 1671: 1 and good brightness (401 cd / m² maximum), which allows you to use the tablet outdoors with maximum readability.

Navigation in Android 6.0 turns out to be smooth and the EMUI 4.1 overlay does not weigh down the system. Huawei even thought of some very practical functions. First, a manager offers optimization, memory cleanup, and power saving functions. Then, just slide your finger on the screen from top to bottom to display a search bar for applications, contacts and messages. This function even triggers an animation to indicate where is the desired app?

Eight-core processor under the hood

For this high-end model, Huawei relies on its in-house Kirin 950 processor, with eight cores and reaching a frequency of 2.3 GHz. The manufacturer is not stingy in RAM with 4 GB. What to use without problems the Android applications with a downside for games. With the Epic Citadel 3D review application, we measured a display rate of 34 images per second but the latter drops and stabilizes at 25 images per second when the processor heats up. The M3 will clearly not be the tablet of choice for gamers! This is due to the very high definition screen which places too much strain on the graphics chipset. The user has 25 GB of storage space out of the 32 GB of internal memory, expandable by adding a microSD card or a USB OTG key.

In terms of endurance, the Huawei tablet is doing quite well with, according to our measurements, almost 9 hours of operation in video playback and 7 h 39 min in versatile autonomy (surfing the Internet, viewing photos, reading videos), very satisfactory times.

The MediaPad M3 has 8 megapixel photo sensors on the back and front. The rear sensor delivers good quality shots, despite a visible lack of precision when looking at the image in detail. 1080p videos suffer from the same defect and it is advisable to deactivate the image stabilizer to avoid the appearance of slight tremors, which is a shame. 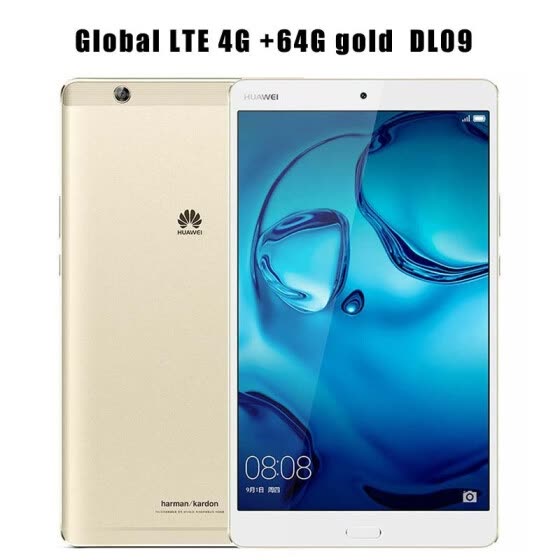