Known mainly for its smartphones, the Chinese manufacturer Huawei is launching a new 10-inch Android tablet, the MediaPad M3 Lite 10, which succeeds to the M2 model from last year. The good news is that the price has been lowered: 299 euros for the Wi-Fi version and 349 euros for the Wi-Fi / 4G version, 50 euros less than the previous model. But it is a “Lite” model, which means that the characteristics are also revised downwards, notably with a less powerful processor. Let’s see if this tablet remains attractive.

We appreciated the conception and design of the MediaPad M2, the M3 Lite benefits from the same advantages with its metal back and its soft lines.

Under the screen, a sensitive button acts as a fingerprint reader, with unlocking (quick) possible, even when the tablet is in standby. By going to the tablet settings, it is possible to configure it in the home button (long press). A short press returns to the previous screen while a swipe of the finger displays the application manager.

Another common point between the M2 and the M3 Lite, the four speakers (Harman-Kardon technology) deliver good quality sound, despite a slight lack of bass. We found that the rendering is better when the tablet is in portrait mode because the sound is sent to the left and right, instead of the top and bottom.

A bright and contrasting screen

For the 10.1-inch 16: 9 screen, Huawei uses IPS (In Plane Switching) technology which provides comfortable viewing angles. The definition of 1920 x 1200 pixels (Full HD) is not exceptional compared to high-end iPad type tablets, but is sufficient. We appreciated the good results in brightness (430 cd / m² maximum) and in contrast (1132: 1), which allow you to use the device without much problem outdoors.

At the heart of the tablet, the M2’s Kirin 950 (2.3 GHz) house octocore processor gives way to a Snapdragon 435, also octocutor but less powerful (limited to 1.4 GHz). However, the tablet still has 3 GB of RAM. The storage space is 32 GB of internal memory, of which about 24 GB is available to the user and expandable by the addition of a microSD card.

We didn’t see any issues with fluidity in terms of navigating apps, including 3D games like Asphalt Xtreme.

Fluidity is also required to navigate the interface of Android 7.0, with the recent EMUI 5.1 overlay which does not burden the system. In terms of endurance, the M3 Lite does not do much compared to the M2, still delivering good results with around 11 hours of autonomy for our video playback review, but also for the versatile use review (web surfing , video playback and photo display). Ideal for not dreading the battery failure during a long trip.

Average in photo and video

The MediaPad M3 Lite has 8-megapixel photo sensors on the back and front. The rear sensor delivers good quality shots, but which appear noisy as soon as the sun disappears. We also noticed a lack of precision, especially visible when looking at the image in detail or when zooming in. The videos are certainly in 1080p, but lack clarity and, for lack of stabilization, suffer from slight tremors. In short, we will not acquire this model for its photo skills! 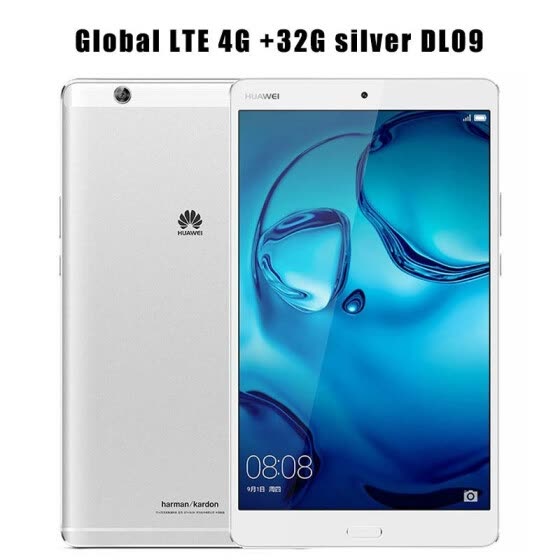