With its hybrid PC MateBook M3, the Chinese manufacturer Huawei offers an alternative to the iPad Pro from Apple and the Surface Pro 4 from Microsoft in form. On a technical level, it is more the Samsung Galaxy TabPro S that Huawei has here in the viewfinder since it is equipped identically.

In the foreword, it should be noted that the MateBook M3 is a detachable type hybrid. Clearly, on one side, there is a keyboard part and on the other, a tablet part. Once assembled, the two pieces form a light 12-inch laptop (1.15 kg), the tablet part of which initially seduced us with its finesse (1.6 cm) and its quality of design. Its metallic matt back is very successful and the shiny borders surrounding the screen, they put its beautiful curves in value.

This tablet has a fingerprint reader integrated into the volume control button. Thanks to it, you can, for example, unlock the device provided you have first activated the Hello function in Windows 10.

But the disappointment is at the level of the connection which is limited to a USB Type-C port and an audio jack output. Huawei unfortunately ignores the microSD card reader.

Small consolation, the manufacturer delivers a USB Type-C / micro USB cable, as well as an adapter to connect a traditional USB key, or even an external disk. The tablet has a 5 megapixel sensor at the front but no rear sensor. Clearly, we limit ourselves here to selfies and videoconferences via Skype (or other similar software).

For display, Huawei uses an IPS panel with a high definition of 2160 by 1440 pixels. We appreciated the color rendering, the good brightness (363 cd / m²) and the high contrast ratio (1100: 1). A real pleasure to enjoy his photos and videos.

At the heart of the MateBook M3 is a 900 m3 dual-core Core m3 processor, 4 GB of RAM and a 128 GB SSD. Everything runs on Windows 10 Professional and offers enough power for everyday use: surfing the Web -with smooth navigation- do office work and play multimedia files. Thus, we were able to watch a 4K video without seeing any jerking in the display. On the other hand and without great surprise, the tablet is not sufficiently armed to play seriously in 3D or make video editing.

Autonomy at half mast

Like the power, the endurance of the MateBook M3 is really (too) contained for a hybrid. Red card ! We measured disappointing scores of 4 hrs 19 mins in video playback and 4 hrs 12 mins in multipurpose use (web browsing, viewing photos, playing videos). In comparison, the 12-inch Samsung Galaxy TabPro S lasts between 9 and 10 hours under the same conditions!

The magnetic keyboard of the MateBook M3 acts as an input device and, as a 2-in-1 hybrid, requires a tilting base for the tablet. Besides, the present fixing system proves to be rather well designed. Unfortunately, the lack of rigidity of the assembly prevents using the device on the knees.

Once folded, the keyboard serves as a protective case for the MateBook.

If the touchpad is pleasant to use, we can not say the same for the keyboard whose typing comfort is really disappointing. The keys are too close to each other and have too short a stroke.

In addition, the keyboard is not completely flat (see the side image above), which causes a very unpleasant rebound effect. 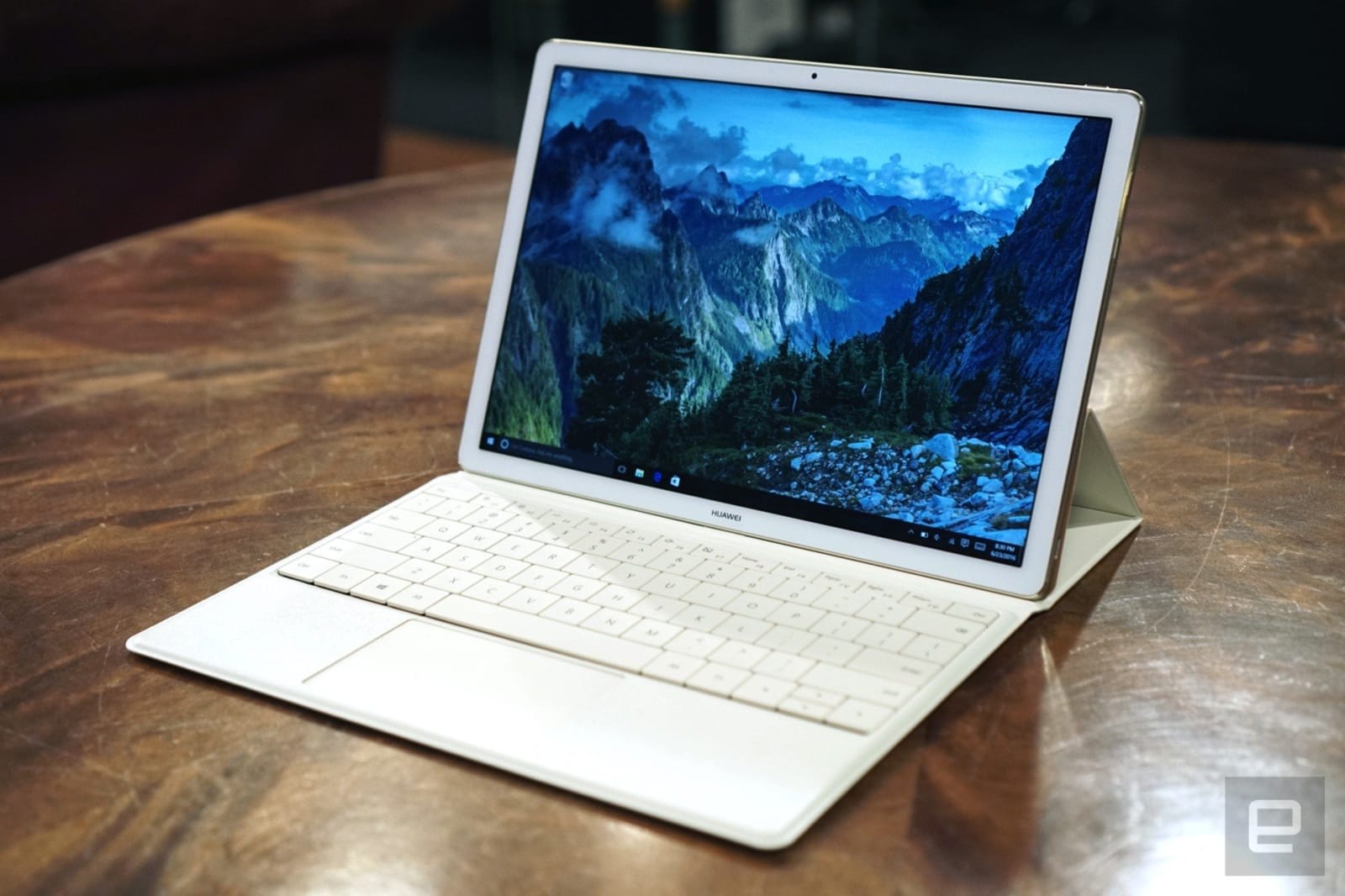 Be the first to review “Huawei MateBook M3: the complete review 2020” Cancel reply