A few weeks back, I wrote a piece about the top 5 reasons to participate in the Pokemon TCG. After hearing from some other players-become-parents, it’s clear that the Sword and Shield games they watch their kids play on the Switch just isn’t how they remember Pokemon. It’s intimidating. Jumbo sized cards? Are there dual types? MegaStones? EX is also available for my Pokemon! Since the early days of rock-paper scissors mechanics, the game has changed dramatically. Many new dynamics and synergies were created to keep the game interesting, challenging, and fresh – especially for the TCG metagame. 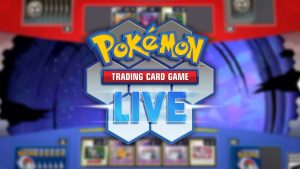 This makes it appealing to both younger players and older players. This can be thrilling and challenging for current players but it can also be overwhelming for returning players or anyone who relied on their older brother’s cards from the garage. Let’s close the knowledge gap and help you get back in the game. Over the years, there have been many changes to how you set up your game. Today (Sword and Shield Darkness Ablaze), we begin by placing a playmat on our table. We then flip a coin to determine who wins the toss. The winner of the toss draws our hands and checks that we have at most one Basic Pokemon.

If not, we draw our hands and shuffle our deck. Each “mulligan” may draw one card and place our six prize cards face-down. Unless the card states otherwise, the player who is first can’t attack their turn or play a supporter card. E-reader Neither player can evolve their turn. E-reader. You might have played in Generation 1 when Pokemon first appeared. However, you may have stopped playing before the Expedition set (2002 US). Cards had strange lines like these: These are Pokemon E reader cards. The “Dot Strips” at the bottom or sides were essentially barcodes that could be scanned into a device called Nintendo e-Reader using the Gameboy Advance. 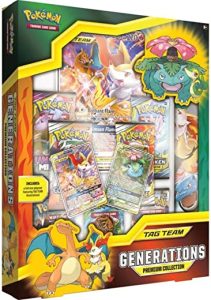 Unfortunately, the accessory didn’t become popular enough to last beyond 2004 in North America. E-Reader strips provided a novelty for players that allowed them to access in-game items, mini games, and music from various video game. Although E-cards won’t change the TCG’s rules, they will make it easier to spot one. Supporter Cards. The Expedition set did more than just provide digital in-game goodies. It also introduced a subset trainer cards, the “Supporter Card” set. You can only play one supporter card per turn, unlike other Trainer cards like Item that have been available since the game’s launch.

The tournament legalization of the Sword and Shield set on February 21st 2020 means that the first player to play a Supporter card can’t do so on their first turn. Shining/Shiny Pokemon Shining Pokemon cards featured an alternate Pokemon color, just like the video games. They first appeared in Neo Revelation (2001), and Neo Destiny (2002). These extremely powerful cards could only be contained in one deck. They were all Basic and required different types of mixed energy to attack. Shining Pokemon were included in the 2017 Shining Pokemon series. The Pokemon were made shiny by applying a foil layer.

Neo Destiny didn’t require multiple Energy types to attack costs. The 1 per deck rule was removed. Sun & Moon introduced a new rarity symbol for Shining Pokemon, a foil-blue and yellow-colored star. All cards in the set were Legendary or Mythical. Since the original Base Set when foiling was used to create the background for the Pokemon illustration, reverse holo foils holographic cards have been available. The Legendary Collection began printing cards in 2002 with shiny foiling on their fronts, except for the illustration which was left unfoiled. 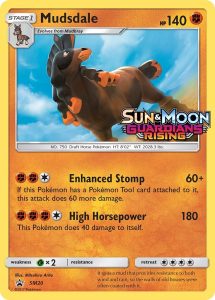 This is called a “reverse foil.” These cards are gorgeous, but they’re not uncommon. Even common cards can be reversed holofoil. The name of Pokemon EX Third Generation sets has “EX”, which stands for “extra”. These cards have higher HP and offer a wider range of attacks, with powerful effects. The “EX” part of the card’s name means that you can have up to four copies of these cards in a deck. For example, 4 Pikachu can be combined with 4 Pikachu-EX. The “EX rule” stipulates that players who knock one out of the cards will receive 2 prize cards. Star Pokemon EX got even more exciting with the introduction Star Pokemon (or “Pokemon Star”) during EX Team Rocket Returns 2004.

Star Pokemon are a variant of Shining Pokemon. They have a star symbol (), on their cards next to the Pokemon’s names. A deck can only contain one Pokemon Star card. Delta (d). Pokemon There is an interesting story behind Delta cards. Some scientists used fancy high-tech gadgets to find the legendary Pokemon Mew and expose a lot of Pokemon to electromagnetic waves. Because science. Science. Seadra d Delta Species, for example, can be either a Fighting or Fire type instead of the usual Water type. However, its weakness is still electric. Pokemon LV.X The new Pokemon LV.X was introduced with Generation Four (2007),

Diamond and Pearl Base Sets and replaced the retired Pokemon-EX cards and Pokemon Star cards. These are not Evolutions or Basic Pokemon. LV.X can be considered “leveling up” a Pokemon. A Pokemon can’t be Leveled Up on the same turn it is evolved or played. A Leveled up Pokemon also loses any Special Conditions that could affect it like Poison and Burn. However, unlike evolution, Leveling-Up can only be done for Active (not Benched!) Pokemon. The Pokemon LV.X cards share the same name of the Pokemon they Level Up from – you can’t have four Leveled Up cards in your deck.

It’s important that LV.X Pokemon can use all Pokemon Powers or attacks that were available to its previous level (i.e. These cards are a little more complicated because they can’t use the Basic or Evolved Pokemon that it has under them. Energy-less Attacks Diamond, Pearl included energy-less attacks. These attacks are attacks that have a transparent Energy icon next to them. This is where the expected Energy symbol would be located. These attacks can occur if all the requirements are met. They don’t require any Energy. Pokemon Prime and Pokemon were introduced in HeartGold, SoulSilver to replace Pokemon LV.X 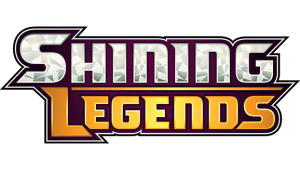 The Pokemon Prime cards had a much stronger power than the non-Prime counterparts. They featured close-up images of the Pokemon along with a foil border. Two cards make up the Pokemon LEGEND card. Each card contains one or two Pokemon. You must have both cards in your hands (each one considered a half of the card), and then you can combine them into one Pokemon. Always, the word “LEGEND” is added to the end of each card’s name. The card’s two halves have the same names, so you can only use two copies of a Pokemon LEGEND complete card in a deck.

Feature some of most striking artwork

These cards can’t be used during game setup and they are not affected by any cards that affect Basic Pokemon or Evolution cards. Pokemon Legend will be affected by any change that affects non-evolved Pokemon. Each half of the card is considered a separate card outside of play. These cards are stunning to look at and feature some of most striking artwork in the game. Abilities Pokemon Abilities first appeared in Black and white, with Generation Five Pokemon arriving in 2011. As seen on cards before, Abilities were replaced by Poke-Powers, Poke-Bodies and Poke-Powers. 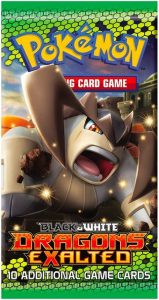 This merged active and passive effects. In Dragons Exalted (2012), Dragon Type Dragons were made a type. Mega Pokemon Mega Pokemon have a stylized “M”, graphic on the left side of each card. They were introduced in XY to introduce a new mechanic. Mega Evolutions are an evolution card of EX and they follow the same rules as EX (i.e. Knocking out one results in two prize cards. Your turn ends immediately after you have played a Mega Evolution card. The exception to this rule is when players use the “Spirit Link” Pokemon tool. Pokemon BREAK BREAKpoint introduced BREAK in 2016 as a new mechanic.

The card’s name features a stylized “BREAK” graphic. They are an evolution and can be played sideways, over the previous stage, and cover the illustration box. These cards give you an HP boost, additional attacks or capabilities, as well as keeping the attacks, abilities, retreat, weakness, and resistance from the previous stage. The seventh generation of Pokemon GX 2017’s Sun & Moon introduced new Pokemon-GX mechanics. GX was similar to the EX before it.

Pokemon can be knocked out by a player

It meant that HP and attacks were more difficult and higher than usual. Like EX, a GX Pokemon can be knocked out by a player. The winner gets 2 prize cards. Ultra Prism Star Prism Star is a card variation introduced in the Ultra Prism expansion. Prism cards have a prism graphic on their card faces, just like the name. These cards can be Special Energy, Stadium, or Supporter Cards. Each deck can only contain 1 Prism Star card. If you discard it, it goes in a “Lost Zone”. It’s very similar to the Exile mechanic in Magic: The Gathering. Pokemon introduced Team-Up Pokemon in Sun & Moon-Team up. 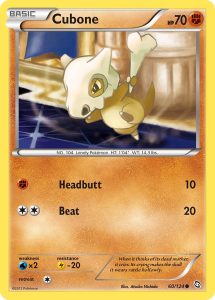 These cards feature powerful combinations of Pokemon. Be aware that these cards have enhanced combinations of Pokemon. They also have higher HP, Attack power and are worth three prize cards if they get destroyed. Pokemon-V Bringing it up to the present, we now have the Pokemon-V (and V-Max) mechanics. These were introduced in Generation Eight’s Sword & Shield set (2020). V-Max, or the “gigantamax”, is V-V’s “dynamax” or “gigantamax” (i.e. Pokemon-V) mechanic.

You can get really big using the power of a magic stardust bracelet, as seen in Sword and Shield videogames. V and V-Max cards have the strongest attack and HP values and the highest HP totals we’ve ever seen in TCG. There is also a greater risk with V and V-Max cards. If a Pokemon V is knocked out, 2 prize cards will be taken. Your opponent will also get 3 prize cards if your VMAX card is knocked out. So be careful! You might occasionally come across “regional forms” of Pokemon.

This means that the Pokemon were found in different climates than their original home. They are now different in color and appearance, but they are not considered shiny. Some Pokemon cannot be evolved from the region-specific Basic Pokemon form. Some Pokemon don’t have a region-specific Basic form. Alolan Marowak, for example, evolves from Cubone since there is no Alolan Cubone. Galarian Rapidash can only be created from Galarian Ponyta. The card text will always indicate. Keep checking the Banned List regularly – this is what Pokemon uses to track what cannot be played at events.

Returning to Pokemon as an Adult: Part 2